I wasn’t keeping track of time exactly, but I’m pretty sure that it didn’t take as much time for 30,000 people to receive communion last Sunday morning at Ford Field in Detroit, than it does on any given Sunday at St. Luke. This is not a complaint, just an observation that I think is interesting. How can this be? Well, the reason is that there were probably 500 communion “stations” conveniently located throughout the stadium.  To my knowledge, nobody had the opportunity to kneel, but everyone was welcome to the Lord’s Supper.

It would be practically impossible (nor advisable in my opinion) to have such a massive gathering as a normal occurrence for weekly worship, but it does provide an opportunity to reflect on and experience the rich diversity that is the Body of Christ.

My experience of the ELCA Youth Gathering in Detroit last week provided a great deal upon which to reflect. I can report that I frequently felt overwhelmed and outnumbered. Perhaps such large crowds of people remind me that I have a propensity to anxiety in such saturated social situations.

So, what I was able to do was be proactive in engaging individual people as opportunities presented themselves and I was inclined.

There was a man named John who I encountered on a visit to a neighborhood that is home to the Heidelberg Project. Our tour bus turned down the street and parked right in front of his house. John was standing behind the fence in his front yard with a look of disgust on his face. Among the first off the bus, I walked up to him to say hello. He was upset that the bus parked where it was -- that the exhaust fumes filled the air and drifted into his home. Point taken.

I spoke with the driver of the bus and suggested she park the bus on the next block that was clear of any residences. There were just abandoned lots where once homes stood. The bus moved.

We took about 45 minutes to tour the “installation” of the Heidelberg Project. By the time we were getting back on the bus, I noticed that John had emerged from his fenced in yard and was engaged in conversations and “selfie” photo-ops with many of the youth in the larger group.  He was standing now in the middle of the street with broom in hand, sweeping up shards of broken glass. The pride that John had in his neighborhood and in his city was clearly evident. By now, John’s disgust was transformed into delight in his encounter with the curious ELCA youth who had taken the time to not only visit the project, but visit with him.

But John’s transformation was just one of many. When I first encountered John less than an hour before, I had quickly determined that he was just a grumpy old contrarian who simply wanted us young folk to get off of his front yard. However, what I came to realize is that John was just like any one of us who simply desire to be seen as a unique person with a story to share. John was real, authentic, vulnerable, and courageous. He risked encountering a bunch of out of town unknowns. And he delighted to commune with us as his brothers and sisters.

Clearly, I do not have a comprehensive understanding of the totality of John’s life story. But, taking into account his age, race, and longevity in Detroit, I can only guess at the struggles, adversity, and challenges he has faced in his years and which still confront him in the unfolding story of his hometown.

Maybe the overwhelming nature of the 30,000-person gathering created the willingness in me to see this individual on his own terms and in light of God’s desire for His creation to be reconciled to one another. When I got up that morning and boarded the bus, I hadn't anticipated that I would meet Jesus in a man named John. I’m grateful for the opportunity to see past my initial presumptions and prejudice. 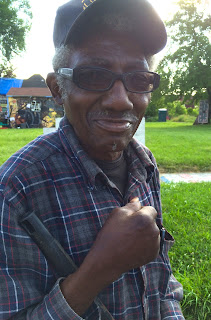 I am planning to share with you some of my personal, spiritual, and theological reflections of our time here in Detroit at the ELCA Youth Gathering. But that will have to wait a few days at least so I allow things to percolate a bit more. For now, here are some pictures for you to see.  Some have already been shared on our Facebook page. 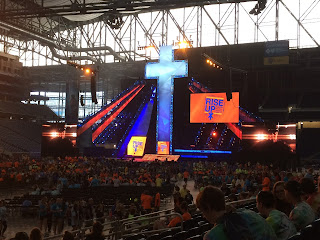 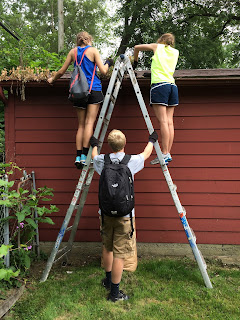 Service time with LutherHANDS in Dearborn 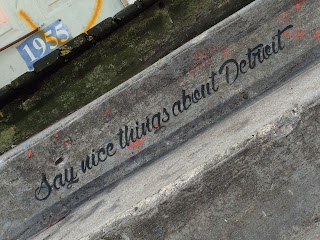 A quick visit to the Heidelberg Project 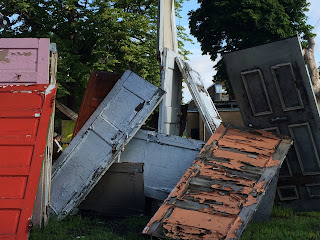 An exhibit at the Heidelberg Project 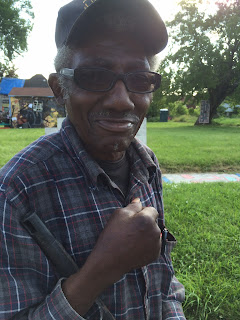 There is a man who lives across the street from the Heidelberg Project.
His name is John. Prepare to hear more about John in an upcoming sermon sometime! 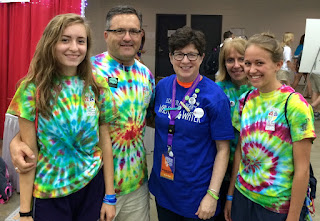 The ELCA Presiding Bishop, Elizabeth A. Eaton,
took some time to meet and talk with us in Cobo Hall on Thursday 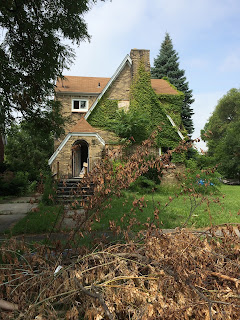 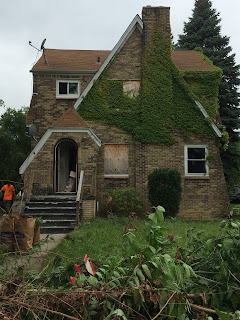 We spent the day on Friday cleaning up around an abandoned home in preparation for the "boarding up" crew to arrive on Saturday. 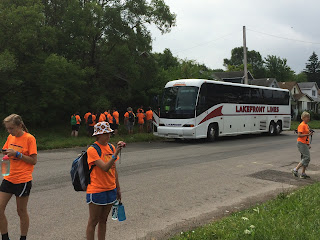 Here is the crew getting started. 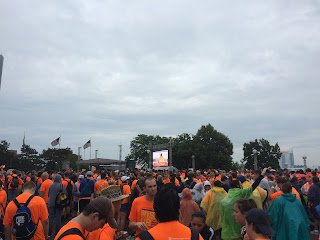 Getting ready to leave for our day in Hart Plaza. 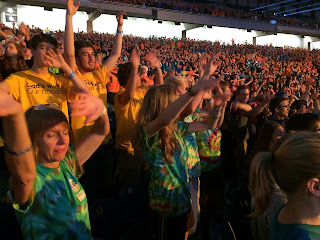 Praising Jesus along with our 30,000 sisters and brothers at Ford Field. 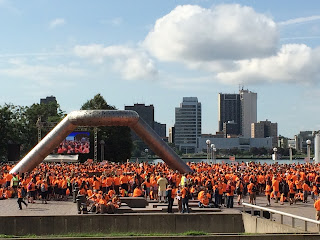 Another morning gathering on Hart Plaza looking south into Canada! 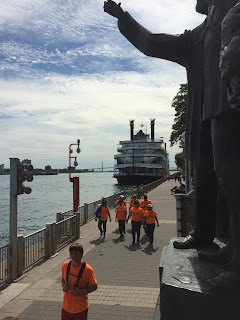 On the bank of the Detroit River at the monument to the Underground Railroad. 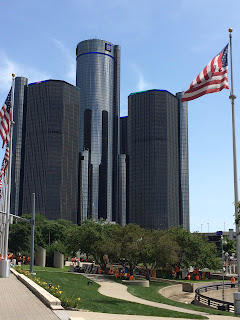 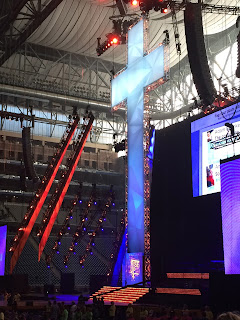 The Cross has central place at Ford Field, the center of our evening gatherings of worship and praise.

Posted by Christopher Frye at 5:50 PM No comments:

Rembrandt captured in his paintings the sense of burden Paul carried.

Gift inventories are important. At least it is common practice for churches to encourage their congregants to engage in "gift discernment" so that everyone knows what you bring to the table, how you can contribute to the mission of the church and, honestly, how you might support it financially. And as far as that goes, that is all well and good. But I believe it doesn't go far enough.

I think we miss out on the fullness of God's vision of faithfulness when we think that the focus should be on gifts. What I mean here by gifts are the strengths, talents, and abilities that we identify in ourselves and one another. In an ever-so-familiar churchy kind of way we emphasize "gifts" to the near exclusion of all else.


. . .  [A] thorn was given me in the flesh, a messenger of Satan to torment me, to keep me from being too elated. 8Three times I appealed to the Lord about this, that it would leave me, 9but he said to me, "My grace is sufficient for you, for power is made perfect in weakness." So, I will boast all the more gladly of my weaknesses, so that the power of Christ may dwell in me. 10Therefore I am content with weaknesses, insults, hardships, persecutions, and calamities for the sake of Christ; for whenever I am weak, then I am strong.

Take a few moments in the days ahead to consider what your thorns might be. How can they be viewed as a blessing?  Are they a reason for strength? How might God use you in all your authentic, complete self (thorns and all!) to be a willing habitation of the power of the Holy Spirit? 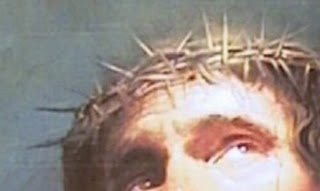 Posted by Christopher Frye at 7:53 AM No comments: