The events of recent weeks caused an impromptu but intentional change of plans for last week's discussion in our Faith Formation class. (The topic of Lutheran-Roman Catholic dialogue and commemoration of the 500th anniversary of the Reformation in 2017 will be taken up in a series of classes in October of this year.) This coming Sunday we will continue our conversation from last Sunday in light of current events and the question of the church's role and response.

In our discussions last Sunday, I asked us all to consider what may be the over-arching issues that confront us as a society and as a church in society.

Here are some of the responses that were provided by participants: institutional racism, communication, guns, the need for contemplative prayer, inequality, wealth distribution, mental health research, fear, disrespect, understanding, helplessness, disintegration of the family unit, ethnocentricity, unravelling, the other, common sense, and awareness.

The events of this week have proven to be as overwhelming as the last.

There was a memorial service in Dallas on Tuesday for the fallen police officers. President Obama spoke. I've included three excerpts from his address below for our consideration and as one point of reference as we continue our conversation. (No doubt there are others.)


Whether you are black or white or Hispanic or Asian or Native American or of Middle Eastern descent, we have all seen this bigotry in our own lives at some point.  We’ve heard it at times in our own homes.  If we’re honest, perhaps we’ve heard prejudice in our own heads and felt it in our own hearts.  We know that.  And while some suffer far more under racism’s burden, some feel to a far greater extent discrimination’s sting.  Although most of us do our best to guard against it and teach our children better, none of us is entirely innocent.  No institution is entirely immune.

We also know what Chief Brown has said is true:  That so much of the tensions between police departments and minority communities that they serve is because we ask the police to do too much and we ask too little of ourselves.  As a society, we choose to underinvest in decent schools.  We allow poverty to fester so that entire neighborhoods offer no prospect for gainful employment.  We refuse to fund drug treatment and mental health programs.  We flood communities with so many guns that it is easier for a teenager to buy a Glock than get his hands on a computer or even a book -- and then we tell the police “you’re a social worker, you’re the parent, you’re the teacher, you’re the drug counselor.”  We tell them to keep those neighborhoods in check at all costs, and do so without causing any political blowback or inconvenience.  Don’t make a mistake that might disturb our own peace of mind.  And then we feign surprise when, periodically, the tensions boil over.

In the end, it's not about finding policies that work; it’s about forging consensus, and fighting cynicism, and finding the will to make change.

Can we do this?  Can we find the character, as Americans, to open our hearts to each other?  Can we see in each other a common humanity and a shared dignity, and recognize how our different experiences have shaped us?  And it doesn’t make anybody perfectly good or perfectly bad, it just makes us human.  I don’t know.  I confess that sometimes I, too, experience doubt.  I've been to too many of these things.  I've seen too many families go through this.  But then I am reminded of what the Lord tells Ezekiel:  I will give you a new heart, the Lord says, and put a new spirit in you.  I will remove from you your heart of stone and give you a heart of flesh.

Remarks by the President at Memorial Service for Fallen Dallas Police Officers,
www.whitehouse.gov/the-press-office/2016/07/12 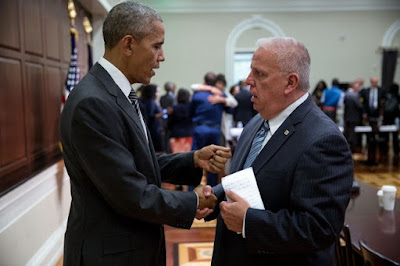 At times last Sunday our discussion became fairly embroiled in very specific areas of detail and concern. This coming Sunday, I challenge us to pull back a bit and look at the bigger picture. May we also consider our own individual culpability and the role that we as members of an institution play in the challenges and possibilities we face together?

In 1951, H. Richard Niebuhr, considered one of the most important Christian theological ethicists of the 20th century, published Christ and Culture. In this work Niebuhr provides a history of how Christianity has responded to culture. This Sunday we will review the five prevalent viewpoints that he outlines. This will serve, I hope, as another point of references for our ongoing conversation. 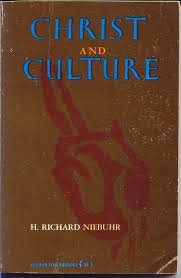 By the way, everyone and anyone is welcome to attend this class on Sundays at 8:45. Come as you are and listen, participate, and share. The are no prerequisites! It will help you live a more engaged and informed life as a disciple of Jesus in the world throughout the week.

Prayer of the Day
Eternal God, you draw near to us in Christ, and you make yourself our guest.
Amid the cares of our lives, make us attentive to your presence,
that we may treasure your word above all else,
through Jesus Christ, our Savior and Lord.
Amen.

Posted by Christopher Frye at 11:50 AM No comments: 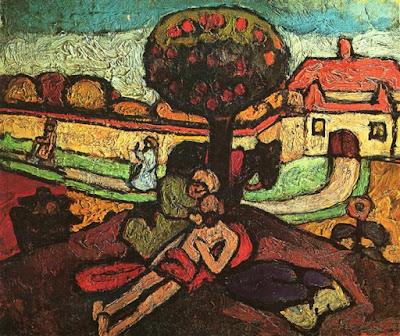 The tragic events of this past week are horrifying and incendiary. In the midst of violence and retaliation, we gather tomorrow to consider the mandate to be mindful of our neighbor with love and mercy. The contrast between current events and Jesus' teaching is striking.

I'll have more to say about all of this tomorrow, but for now, I invite you to take a few moments to read Luke 10:25-37.  In this selection you will find the familiar parable of the so-called Good Samaritan. Notice however, that this parable is not the whole of the passage. Jesus tells this parable in response to the second question from the lawyer (who is my neighbor?).

A map of Palestine in the time of Jesus.
Jericho is just north of the Dead Sea,
with Jerusalem to the west.

What does mercy look like? When have you seen it last?  How have you experienced mercy? How have you shown mercy? As we consider the mission of the church, how might mercy inform us?

Prayer of the Day
O Lord God, your mercy delights us, and the world longs for your loving care. Hear the cries of everyone in need, and turn our hearts to love our neighbors with the love of your Son, Jesus Christ, our Savior and Lord.
Amen

Posted by Christopher Frye at 6:06 AM No comments: